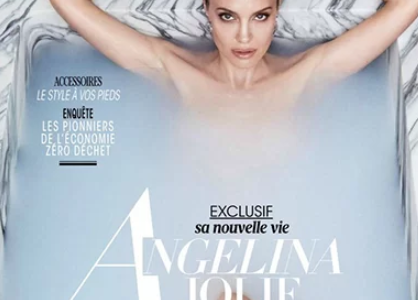 Star Angelina Jolie lost herself some time after parting from actor Brad PItt, but managed to overcome it thanks to her six children.

In an interview with Madame Figaro recently, the 44-year-old actress said the breakup of the actor was a complicated moment. “I don’t recognize myself anymore. I’ve lost a bit of myself. I don’t know what my destiny is when we’re about to end really,” she said. During the separation, Jolie found herself small. She shared: “I realized a deep and honest sadness. I was hurt.” However, the actress said that the incident also helped her realize the good things in life.

Angelina Jolie is promoting her new movie – Maleficent: Mistress of Evil – in many parts of the world. During the movie premiere in Los Angeles (USA) on September 30, the beauty told People about family love. When asked how to overcome the difficulties of a broken marriage, Jolie said she found strength in her children.

Angelina and Brad Pitt have been living together since 2005, getting married in August 2014. The couple has six children: girls including Zahara (14 years old), Shiloh (13 years old), Vivienne (11 years old) and sons Maddox (18 years old), Pax Thien (15 years old) and Knox (11 years old) . Angelina Jolie filed for divorce in September 2016. In April, both were declared to have ended their marriage.

After the divorce, Jolie spent time taking care of her children, socializing and going back to Hollywood. She takes her children around the world through her business trips as an actor and ambassador to the United Nations High Commissioner for Refugees. After completing the role in Disney’s “blockbuster” Maleficent 2, she spent a lot of time in New Mexico state (USA) to play Those Who Wish Me Dead directed by Taylor Sheridan. She also accepted to join the Marvel movie universe as Thena in Eternals, scheduled to hit theaters in November 2020.